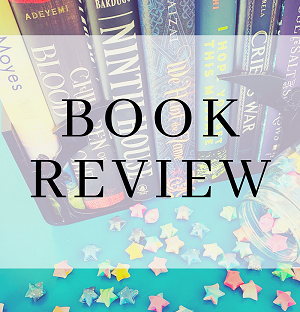 The case is closed. Five years ago, schoolgirl Andie Bell was murdered by Sal Singh. The police know he did it. Everyone in town knows he did it.

But having grown up in the same small town that was consumed by the murder, Pippa Fitz-Amobi isn’t so sure. When she chooses the case as the topic for her final year project, she starts to uncover secrets that someone in town desperately wants to stay hidden. And if the real killer is still out there, how far will they go to keep Pip from the truth?

If a villain can be made, then he can be unmade.”

I picked up this book after seeing it recommended all over the bookstagram community, and now I see why. About twenty percent into the book I thought I had the killer figured out and I was so disappointed, but then everything changed and I wasn’t so sure anymore. This same scenario repeated itself throughout the story and I was kept guessing until the end. This book would make such a great TV series or movie, but I think a show would do the plot more justice.

Pip, the main character, was likeable and I enjoyed witnessing her character progression and changes in her personality. By the end of the story she still hadn’t quite figured out who she was, but lets be real here, does any seventeen year old know who they are? She certainly did know herself and her limitations better. I found myself screaming at these characters a lot. Things like “why are you going in there alone?” and “don’t do that!” Which I believe it’s the whole point in mystery/thriller books like this one, so I will call it a job well done by the author.

I enjoyed the fact that there was no “killer point of view” in the story, which always ruins the plot for me. I like when I can keep guessing who the killer is until the big reveal. I am a 911 dispatcher and have a degree in Forensics, and I was happy that the 911 call placed in the book was very realistic. Also, the criminal and legal aspects of the case were genuine as well. I really enjoyed all the recorded interviews, case notes, and other tidbits included in the book. I highly recommend this story to all Mystery/Thriller fans out there, and I cannot wait to read the next book in the series which was just released April 30, 2020.

Disclaimer: I was not paid for this review. However, if you click on my link and end up buying the book Amazon will pay me a small fee. Thank you for supporting a small blog like mine 🙂